Eric is very proud of his Nottinghamshire roots and has lived and worked in the county for almost all of his life. His work has been wide and varied, starting with management accountancy training in a Boots career lasting 23 years. Following reorganisations, opportunities arose in sales and marketing and this led to him form his own small cosmetics business, now into its second decade.

In parallel, Eric’s political career started in 2003 when he was elected to Broxtowe Borough Council. He was re-elected to the borough in 2007 and again in 2011. In June 2009 he was elected as Nottinghamshire County Councillor for Beeston South and Attenborough, where he has lived for more than 30 years. He has been the Chairman of a local Community Centre. Eric also played a leading role in saving Notts County FC from extinction in 2003 and subsequently was chosen by fans to be a Supporter Director of Notts County FC. 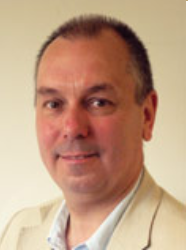