Councillor Owen is a Borough and Nottinghamshire County Councillor for Nuthall East and Strelley and Nuthall & Kimberley respectively. Email: philip.owen@broxtowe.gov.uk and cllr.philip.owen@nottscc.gov.uk Tel:07826 859205. Councillor Owen was re-elected as a member of the Executive Committee of Broxtowe Conservative Association at the AGM held on 7th March 2020.

Councillor Philip Owen was first elected to Nottinghamshire County Council to represent the Nuthall division in May 2005. Upon his re-election, in June 2009 he was appointed Cabinet Member for Children & Young People's Services in the new administration.

Councillor Owen was born in Bulwell and has always been involved in education, gaining a BSc from the University of Strathclyde and a PGCE from Nottingham University. He taught at a boys' grammar school in Rugby before moving back to Nottingham to work at Eastwood Comprehensive and then Quarrydale in Sutton-in-Ashfield where he was Assistant Head Teacher until 2005. He is married to Jill, who is a councillor at Broxtowe Borough Council.

Philip holds Advice Surgeries once a month. They take place on the first Saturday of the month at the Temple Centre, Nottingham Road from 9.30 – 10.30 am and on the same day from 10.45 – 11.30 am at the Spinney on Laurel Crescent. 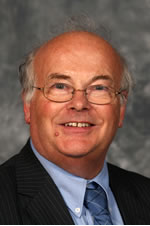